Windows vs Linux
Windows uses FAT and NTFS as file systems, while Linux uses a variety of file systems.
Unlike Windows, Linux is bootable from a network drive.
In contrast to Windows, everything is either a file or a process in Linux. Please see  What “Everything Is a File” Means on Linux.
Linux has two kinds of major partitions called data partitions and swap partitions. Because of the existence of swap partitions, you never run out of memory in Linux (like in windows).
In terms of recovery tools, only a limited number of tools can be used on Windows, while there is a large number of UNIX based recovery tools available for Linux file systems.

From the author Nigel McFarlane:
Both Windows and Linux organize disk-based files into a hierarchy of directories. Such directories are usually called “folders” when viewed in a GUI. One whole hierarchy is called a “file system” on both platforms. The architecture of Windows and Linux file systems is similar in some points, but diverges greatly when tools are considered. Here’s a quick comparison.
On hardware derived from Intel or IBM PCs, both Windows and Linux use the Master Block Record/ Master Boot Record (MBR). That is the bit of disk used to boot the operating system and to state whether the disk is partitioned or not. On both Windows and Linux, it is common to have at most one file system per partition. That is about the end of the similarity.
Each Windows file system gets a drive letter, like “C:”. On Linux, each file system gets a device, like /dev/hda1 (“hard disk A part 1″), which is represented as a file. Such a file is a device file (since a disk is a device), hence the “dev” part of the path name. Also, the device file is not an ordinary text file, it is a “special file.” Since disks are block devices (unlike a serial mouse), such a file is fully described as a “block special device file.” The numbered part of the path can be a little weird to get right; it’s best to be guided by documentation there or extract the right name from a report.
On Windows, file systems can be FAT16, FAT32 or NTFS, to name a few. Recall FAT16 is the ancient standard responsible for Windows file names with the “8.3” file name length restriction. On Linux, filesystems can be “minix,” “ext,” or “ext2,” to name a few. Also, “minix” is an example of the ancient standard responsible for UNIXfile names once being limited to 14 characters. Linux also has “msdos” and “vfat” file systems for compatibility with Windows and DOS, plus more.
Windows uses FORMAT.EXE to format a disk. Linux uses “mkfs” (“make file system”) in various specialist forms.
Each Windows file system has a File Allocation Table (FAT, VFAT, or similar) that states which disk blocks hold the topmost directory. On Linux, the equivalent on most filesystems is the superblock. A Linux file system has multiple copies of the superblock physically saved on the disk. This provides redundancy in case of a partial disk corruption. The superblock is just about always in memory on Linux; that is not the case for ancient DOS-like file systems. There are no special restrictions on files placed in the topmost directory on Linux, either.
On Windows, there is one drive letter per mounted file system: for example, C: for C: and D: for D:. On Linuxthere are no drive letters, so one file system is mounted on “/” and all other file systems are mounted on subdirectories of “/.” This arrangement is like the little-used MS-DOS command SUBST, or the NET USEcommand that supports Novell‘s NetWare. The equivalent Linux command is “mount.”
You can see all this at work on Linux, but for some of it you need to be logged in as root. Type “cat /etc/fstab” to see all the mountable devices, including floppy disks and CD players. Type “df” to see the devices currently mounted, and their free space. In the usual case you can even see the superblock: try “/sbin/dumpe2fs /dev/hda1” where hda1 comes from the output of “df.” The name “dumpe2fs” is a casualty of history; it replaces the older “dumpfs.” The information produced is really just for diagnostic purposes.
Mostly file systems work for you silently. If you want to dig into Linux further, then there are plenty of tools that can be used as inspection points.

HOW TO CREATE CONTACT FORM ON YOUR WEB OR BLOG

You Don't Have Need To Any Contact Form Builder Or Provider. Here Are The Simple & Easy Step To Do. This Tutorial Will Teach You How To Create A Very Simple Contact Form For HTML Based Website & Blog.

First Of All Create 2 Files:
contactform.html and contact.php. Then Do As I Say..... 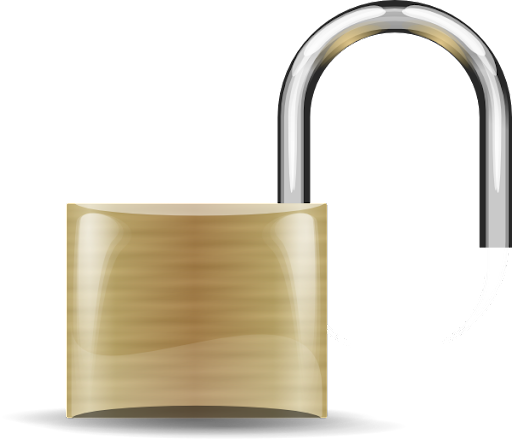 CRACKING AND CRACKER : HOW TO FIND CRACK SOFTWARE OR ACTIVATION KEYS IN INTERNET

Hi fellows, From past few months since I started runningfacebook fan page, everybody was asking me for crack software .If  you don’t know how to find exact crack software that you are looking for then it’s really hard to get that.So, today I’m going to share you guys some tips and tricks that how to find crack software in internet with some general knowledge about cracking and cracker. What is cracking software? Software cracking is the modification of software to remove or disable features which are considered undesirable by the person cracking the software, usually related to protection method: copy protection,trial/demo version, serial number, hardware key, date checks, CD check or software annoyances like nag screens and adware. The distribution and use of cracked copies is illegal in almost every developed country. There have been lawsuits over cracking software. Who is cracker? A person who  uses to search for crack files or  tips or tricks over  internet besides cracking software…